It was with passion that I began studying art at Queens College (CUNY) in the 1960s. I was extremely fortunate to have had for instructors the late Elias Friedensohn and John Ferren: both accomplished painters. I didn’t understand at the time how fortunate I was to have that opportunity. All these many years later what stays with me are insistence upon artistic integrity and a willingness to search inside oneself for ways to ignite the creative spark—and keep it lit. I am reminded of what was, and what can be. I see life, and the art it provokes me to produce, with renewed clarity and energy.

I want to transfer my renewed passion from my mind and heart onto canvas. And this is what I feel as I paint: How different shapes play against one another. How some colors feel comfortable together and a subtle blending makes me smile; how some vie for the same space and yell at me because I make them sit side by side. Is the canvas balanced—does a cluster of integrated, active shapes balance with a larger quiet space? I ask myself these things as I paint. I enjoy the way oil paint slides and glistens.

I am eager to find out what each new work will become. And anxious.

These are important to me now, though this may change: Strong color, motion, impact, depth, balance, and composition. It’s all in the process. I may start out with an image in my mind of something with a complex design and cool colors, and end up with the opposite. The process leads me, not the other way around.

A work will evolve and become what it is meant to become. Texture, shape, flow of oil paint or an accident turned into a new path; they guide my hand. Every moment offers an opportunity for something electrifying to happen—I have to let it, not control it, and then work with the result.

My paintings will not tell you what to see, but they may suggest or provoke an idea or a mind picture. That is up to you.

It is an adventure, after all—one where I am eager, not fearful, to stray from the expected destination. I am not always thrilled with what I see when I arrive—but at least I have embraced the experience. Hopefully I have evolved a bit.

In the end it’s still about the process: A process that hopefully allows my passion to connect and speak.

A native New Yorker, Jo Mitchell has also lived in Washington DC, Virginia, West Virginia and Massachusetts. Jo has resided in Rabun County, GA since 1989. She graduated Queens College, CUNY, and attended graduate school at Hunter College, NYC. She was awarded a graduate scholarship to the Brooklyn Museum School of Art.

While growing up in New York, Jo frequently visited her (late) uncle Sacha Moldovan at his upstate        NY artist’s compound. Moldovan was a noted Russian postimpressionist who affected her greatly with his talent, total commitment and fearless explorations. After Moldovan’s passing, a retrospective of his work was held at the Allan Rich Gallery in Manhattan. A biography and collection of his work was then published by Museum International Books (New York, Paris).

She was a corresponding reporter for several newspapers, a staff writer with The Sun Chronicle in southeast Massachusetts, and was later appointed to the District Attorney’s Office as a victim/witness advocate.

Jo is the author of two novels, A Dark Shade of Justice, and Dark Winds/Yellow Birds. Both are available in hard and soft cover, and e-books via Internet booksellers. More information is available on this website. 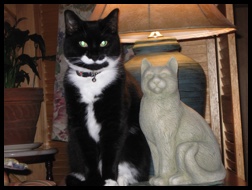 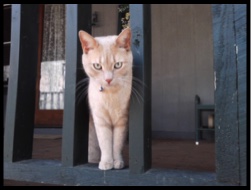